The Russian/Ukranian situation from the perspective of an Eastern European ML. Thoughts on this?

The Russian/Ukranian situation from the perspective of an Eastern European ML. Thoughts on this?

Curious on what others think. It did make me reconsider my assumptions and in turn, my position on this thing.

Tl;dr: You shouldn’t support Putin at all. Seriously.

As an eastern European Marxist-Leninist it’s actually so fucking sad for me some of western communists think Russia’s attack is good.

Firstly: Russian state is controlled by small amount of politician serving interests of small amount of capitalists. It’s pure oligarchy. If any of you believes Putin is anti-imperialist you’re simply idealists and non-Marxists. Why would a right-wing dictator supported by capitalists be anti-imperialist? It’s false within itself. Just looked at history of Russia after the collapse of Soviet Union: they don’t care about fighting fascists or helping the proletariat. They fight for they’re power and control over east Europe. As all imperialists do, they just try keeping control over as much people and terrains as they can.

Secondly: I see a lot of arguments here that we shouldn’t believe western media and the USA/NATO are the villains. OFCOURSE fuck western media, fuck the USA and fuck the NATO. But this doesn’t mean that Russia is good just, because it’s anti west. Haven’t you all read Lenin? Don’t you remember his own words? “Make imperialists war a civil war”. USA and NATO have interests in controlling Ukraine: that’s a fact. USA did help Ukrainian neofascists: that’s a fact. NATO and USA will probably do war crimes if needed to control Ukraine: that’s a fact. We should look at NATO’s actions and criticize them, showing people how bad they are: that’s a fact. So if western imperialist bad, Russian imperialist good? HELL NO! Russia is still imperialist. The fight over Ukraine is two imperialist powers fighting over domination of one country. Neither of this two forces: NATO/USA and Russia should be praised or supported by us, the communists. We should only support Ukrainian and Russian proletarian and socialist revolutionary organizations that oppose them. And I’ll shock you, but currently with Russia invading Ukraine, Russia is biggest threat to Ukraine than USA. Just ask any Ukrainian what they’re scared of more.

And last but not least: the LPR and DPR republics. They’re controlled by military groups supported by Russia. In this situation we can’t be sure what is real opinion of locals on being out of Ukraine. But even if, hypothetically (oh god I sound like Shapiro) LPR and DPR people’s want to be independent, should we think Putin is genuinely concerned about their independency or should we acknowledge modern Russia is imperialist state under control of capitalists, so they’re probably just willing to use the situation to annex another terrain. Seriously you think Russia which not that long ago fought to still have Chechenia and didn’t care about Chechenia’s people will to be independent, would suddenly become anti-imperialist ally ?! It’s like USA would today say than in some Arabic country there is a weapon of mass destruction and they need to attack this country to destroy it, and some leftists would suddenly think “Oh, USA wants to fight imperialism, how great!!!”.

Sorry for a very emotional rant, but as an eastern European I’m so mad some leftists believe Russian government. You must all remember: there is no more USSR, there is right-wing Russia which hates communists, is counter-revolutionary and wants to become the new Russian Empire just like before the October Revolution. It’s good you don’t trust western media, but it would be cool if you didn’t support other imperialists too.

Do not reduce the topic to “is nation X imperialist/capitalist/good etc, yes/no?”

The capitalist system exists as a inside a system of a global empire centered on the USA and NATO. Individual nations do not exist on separate planets and then choose whether to be capitalist or imperialist.

If the USA succeeds in gaining control over the whole world, global capitalism will be strengthened and there will be greater difficulties for future socialist states to be established.

Look at this response from an /r/communism regular:

It doesn’t occur to these ultras that maybe people in the donbass are sick of Ukrainian neo-nazis killing them with impunity, and trying to outlaw the russian language? Nope, Ukrainian ultra-right nationalism is more important to them than the right of these new republics to defend themselves.

If any of you believes Putin is anti-imperialist you’re simply idealists and non-Marxists.

Also really annoying when people can’t define imperialism. Imperialism is not “when country invades another.” Its the theft of land, labor, natural resources, surplus value, etc of a weaker country by a stronger one.

This has nothing to do with imperialism, its Russia protecting its border areas from continued NATO encroachment, which has been advancing steadily eastward since the fall of the USSR.

These weak gusano takes all flow from labeling russia imperialist, therefore any aggression against them, even by NATO or Ukrainian neo-nazis, is justified.

This isn’t inter-imperialist rivalry, its the right of nations to self-determination in the case of the LPR and DPR republics, something Lenin wrote a thing or two about. Also, here’s a comment from /u/aimixin about the support for this:

In fact, even Crimea, which western sources claimed their referendum was faked, would later go onto admit that 82% of people in Crimea support it. That’s Washington Post. Not a Russian source.

Of course, not all Ukrainians want to secede, or even all of east Ukraine. Just some pockets in the east, in Donbas and Crimea.

Excellent. This is somewhat similar to my sentiment, only yours is much more developed compared to mine. Your commentary explains why the Russian Federation’s actions in this context cannot be understood simply as imperialist competition in the vein of WWI, an interpretation that the (ultra)left favors excessively. Mine is basically just some raw anti‐imperialism; a conclusion that the (ultra)leftists, repeatedly reminding everybody that the Russian Federation is a capitalist state with its own neoimperial interests, are only missing the point here.

I very much like your comment, definitely worth pointing out that this is not a ww1 scenario. If we oppose us encroachment against even non leftist countries in africa and the middle east, then we shouldn’t treat russia any different.

I’m not an expert on the subject, but it was a bit cringy seeing people calling Russia Imperialist for invading. Can’t this be considered self-defense by Russia against NATO? Not saying this is a humanitarian intervention. Putin doesn’t care much for Ukrainians and he doesn’t care much for Russians either. But from a strategic POV, it seems he wants to create a piece of neutral ground between him and the West. So if there is ever a war between Russia and NATO, it will be fought in Ukraine instead of inside Russian borders.

That commenter from the subreddit is also one of the "seasoned veteran"s there. It’s a wild subreddit. 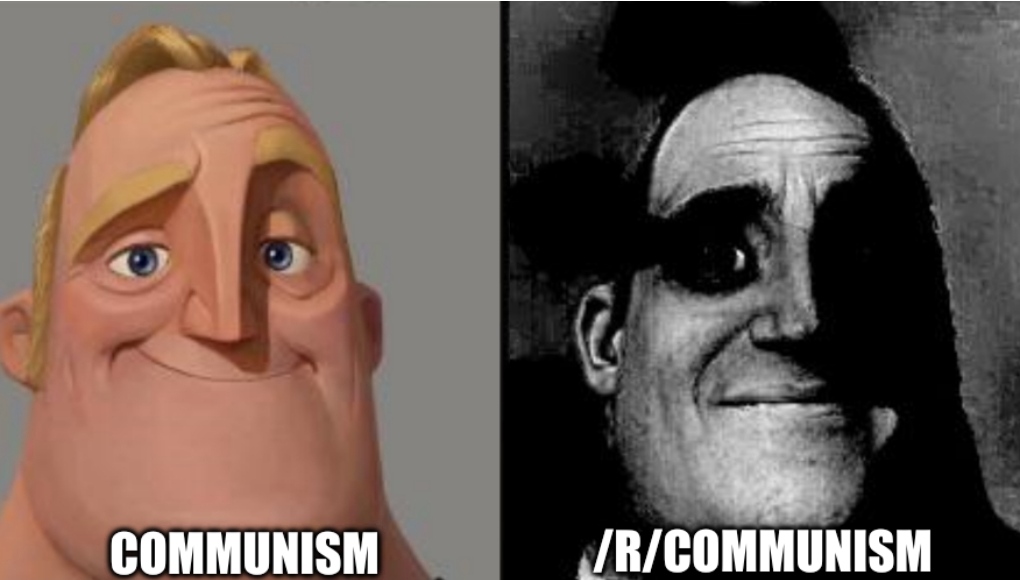 I still don’t know what to think and honestly surprised that an invasion actually happened, but I do appreciate your counterpoints and sources. Thanks!

For any people who are going out of their way to say Putin is a good guy, fine, this dude’s argument makes sense. I’ve never actually seen this. Only memes of funny shit Putin says and does to the West, and that’s not qualified as support.

The only argument I’ve seen leftists make is one indicating that the US, Ukraine, and NATO are the more bad side in this conflict of two bad sides. As someone from the United States, my task is not to dismantle the Russian Federation, my task is to dismantle US imperialism. Supporting US intervention in Ukraine is not helping my task at hand. If you actually read Lenin, he absolutely would have encouraged the workers of France to fight against the Russian empire. The same holds true today.