By turning socialism into a “conservative-friendly” movement, they defang it and take away its revolutionary potential, and easily steer it to social chauvinist directions. There’s a long history of them doing this with labor movements, and this happened in almost every country going back to Lenin’s day.

This is why most of Marxism’s greatest works are polemics against social chauvinists / reactionary “socialists” ( state and rev, the renegade kautsky, reform or revolution, critique of the gotha programme ).

Nazis can be civil, that means nothing. Read through the modlog to see saddam24’s ban reasons, and those are just the worst ones.

What’s his story? Is he a reactionary socialist, or maybe a catholic dominionist?

Not necessarily, but just be aware of these new rules.

@leninenjoyer@lemmygrad.ml wrote a great thread about them here.

Someone needs to re-write Langston Hughes’s Lenin poem but make it patrick.

Nice, thx for this. archive.is link

We don’t ban quickly, and if we do, its almost always temp bans, and usually with a warning, which we gave in this case too.

These patsoc threads lasted for days, even though we were warned about a few users in particular months ago.

Of course we’ll never ban anyone trying to learn about this topic.

The term patriotism isn’t usually used for that: MLs more often use anti-imperialist nationalism, but even that is rarely used.

Take Cuba or Vietnam: they stress proletarian internationalism, which is not a love of their own people alone, but love for all oppressed classes. This is why Cuba sent troops to fight against apartheid in Angola.

China has historically been the victim of European, US, and Japanese colonialism ( culminating in the century of humiliation ). It took decades of struggle for the people’s liberation army to fully kick out the paper tigers.

I’m so confused as to why anyone would think we don’t support China.

Sure, I’ll add those shortly.

How patsocs must think it happens:

“Oh no, I’ve been duped into taking these 5 free acres of land! How did anyone brainwash me into doing this!!”

Of course not, we support the USSR and DDR here, neither were settler-colonialist states. The USSR and peoples in eastern europe were the victim of european colonialism in the form of nazism.

The nazis really wanted to emulate what the US settler project acheived, and they were explicit about that, and do to eastern europe what the US did to turtle island.

Consider this a 4th of July present for any patsocs wanting to infiltrate Lemmygrad.

Also why do you hate poor people for just existing?

How on earth did you get this from anything i’ve written?

They are at the mercy of the bourgeoisie forced to settle against their wills, that can’t be refuted.

Absolutely false, settlers aren’t kidnapped to colonize lands, they do so because of the promise of cheap or “free” land, and its in their material interests to do so.

They get little in return and naturally would want to revolt. 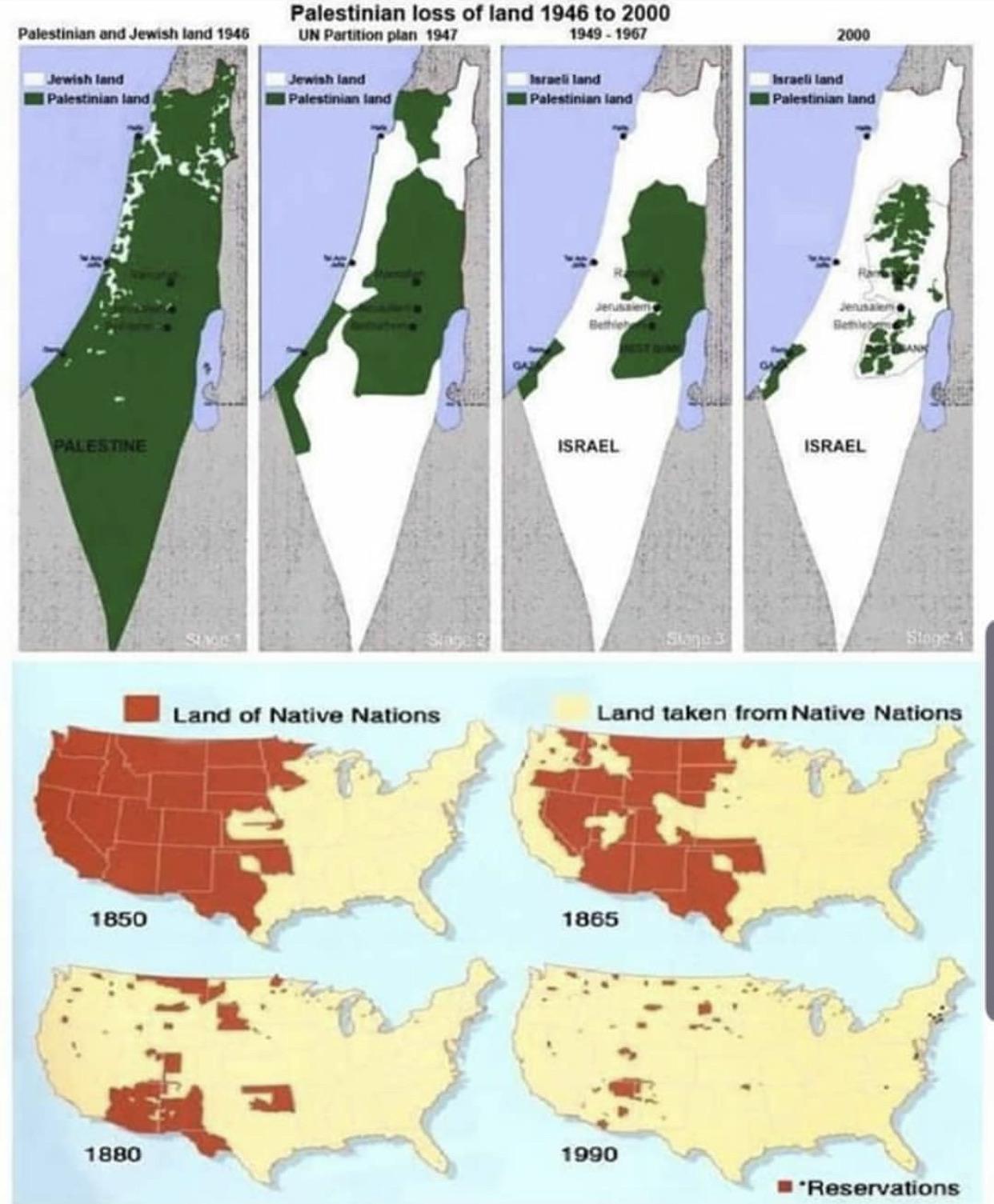 Why do you live so heavily on one book that proclaims anything against it settler apologia? We know barely anything about the author, why the dogmatic view?

I listed six other marxist-leninst books on the topic of settler colonialism, but yes, sakai’s analysis is extremely important and worth reading.

Muad, you say Maupin is fascist but you haven’t put any clips of him announcing fascistic remarks, and if this is true I would really like to see for my own eyes.

I never said this, but yes maupin has some absolutely dogshit takes. Here are a few of them:

Also nice use of “the indians”

Indigenous peoples polled in the US prefer the term indian above any other term ( take the american indian movement for example ). You don’t know this because you haven’t read a single thing written by any of them.