I love the setting as well. I think I’ll play once I finish my replay of the series.

Okay I have listened to classical music my entire life and play several instruments but in the last several years I have become addicted to late renaissance chamber/ early classical music. I find it better in almost every way. Something about being able to hear individual instruments and a more intimate, melodious feel.

I will post more as I think of them.

link
fedilink
SpaceCowboytoCommunism@lemmygrad.ml•What video games are you playing? What have you finished recently? What do you plan to play? - Video Game General Discussion Thread #10
link
fedilink
0•1M

how is ac odyssey? I want to get the new ones (odyssey and valhalla) but I get turned off by the people complaining a ton about them. I kind of get the impression that they are being too hard on them though.

link
fedilink
SpaceCowboytoCommunism@lemmygrad.ml•What video games are you playing? What have you finished recently? What do you plan to play? - Video Game General Discussion Thread #10
link
fedilink
3•1M

I am literally descended from a family which was given land multiple times over our history (a family member in every war since the french & indian war… until me) for fighting as “patriots”… I know what the fuck I am talking about when I say that we shouldn’t be proud or embrace or normalize that shit. I have literally spent the last 10 years wrestling with this, and anyone who says that our history is compatible with leftist movements doesn’t know what they’re talking about. As it stands today in 2022, almost everything Americans think we know about our history is a lie to buttress the present system, and tha patsocs are saying we can create socialism without dismantling the agreed upon lies of our dirty past… Fuck off, just not even in the right universe. The collective stories we tell ourselves about our past is the sky above our heads and provides us with the stars by which we understand our world. Alexander Nevsky was important to the USSR because he fought the Teutonic colonizers off. Imagine a world where the Teutonic Knights won, then 200 years later of genocidal teutonic rule, some german dude living in Russia is saying, “we don’t have to be ashamed of our teutonic knight forebears, they were actually tricked into invading.” Pure insanity.

Trying to coddle the conscience/psyche of the average white american at the expense of acknowledging the humanity and the material realities of the natives and other POC is irreconcileable with Marxism. At the core of liberalism lies dehumanization.

Overall, it just felt like some of the patsoc/and their defenders were being deliberately obtuse in refusing to internalize the data many people on here were patiently offering them time after time. There is an arrogance of trying to tell american socialists how our country really works from abroad. I would never take the liberty to explain something like that to MLs from other nationalities. I think there were definitely some things lost in a lack of defining the concepts being discussed, but also a lot of baiting and bad faith discussions and overall very little dialectical analysis. I actually think a couple of those accounts were pushing a similarly deliberately divisive “pro-russia at the expense of any analysis” line that was annoying as hell some months ago. In fact, I think that was largely an artificial divide - people being like “wait, can someone explain why Russia isn’t imperialist for the 80th time this week?” and then in the comments - “Fuck you russia can do no wrong”… just out of place on here imo.

All that to say: I agree.

Edit: also, I repeatedly saw things like, “this is dividing our community” and it wasn’t, it was like 5 accounts who were trying to steer the opinions of everyone else on this specific topic

On here. Literally yesterday. I wouldn’t have believed it either, it was pretty wild tbh.

Just how much literally everything I had ever reflected on wrt society and capitalism was accounted for. Literally, even my most random observations have been written at length about. And it didn’t make me feel like “oh, i guess my observations don’t make me special”. It honestly made me feel like “I’m home”.

I got into ML because genzedong was the only community which reflected my opinions on sex work, and literally every opinion I have, ML authors have discussed. How abortion are the unfortunate by-products of an exploitative system, but should definitely not be illegal - that’s been my stance for years… so yeah just how similar it was to my pre-existing sensibilities… just more fleshed out.

It’s just all rooted in being humane and logical. Simple as.

link
fedilink
SpaceCowboytoCommunism@lemmygrad.ml•What video games are you playing? What have you finished recently? What do you plan to play? - Video Game General Discussion Thread #9
link
fedilink
2•2M

https://www.youtube.com/watch?v=mQ1pBwIP0KU This video was a pretty good rundown and showcases the aesthetic

link
fedilink
SpaceCowboytoCommunism@lemmygrad.ml•What video games are you playing? What have you finished recently? What do you plan to play? - Video Game General Discussion Thread #9
link
fedilink
1•
edit-2
2M

Like leveling up? Not at all, it’s still in. And I actually recommend it if you want something chill, with great ambience and fun but not overly challenging combat. It is like skyrim online but you can explore much more of the continent.

link
fedilink
SpaceCowboytoCommunism@lemmygrad.ml•Should any sports ideally be banned in a communist society? If so, which one(s)?
link
fedilink
2•2M

I suspected as much when I saw this post. I sent it to my demsoc mom and she is beginning to re-evaluate her stance on China. Having lived in Southern California for years the water waste always disgusted her. Especially when it has such a detrimental impact on Mexico.

link
fedilink
SpaceCowboytoCommunism@lemmygrad.ml•Should any sports ideally be banned in a communist society? If so, which one(s)?
link
fedilink
6•2M

link
fedilink
SpaceCowboytoCommunism@lemmygrad.ml•What video games are you playing? What have you finished recently? What do you plan to play? - Video Game General Discussion Thread #9
link
fedilink
3•2M

Just started playing Elder Scrolls Online. I like it a lot so far. I have never played mmo’s but with covid I have been keeping to myself a lot and I work from home so it seemed like a good idea.

link
fedilink
SpaceCowboytoCommunism@lemmygrad.ml•Should any sports ideally be banned in a communist society? If so, which one(s)?
link
fedilink
4•
edit-2
2M

yeesh about long covid- it’s so sad… and will have long term economic consequences as well.

And agree with football - the numbers show that it is actually already declining. People do care about the health of their children wrt brain damage. I actually know a significant number of jock, football loving types who feel guilty for watching the sport now and will not permit their kids to play (one of them played D1 in college so this is not just a flash in the pan imo). 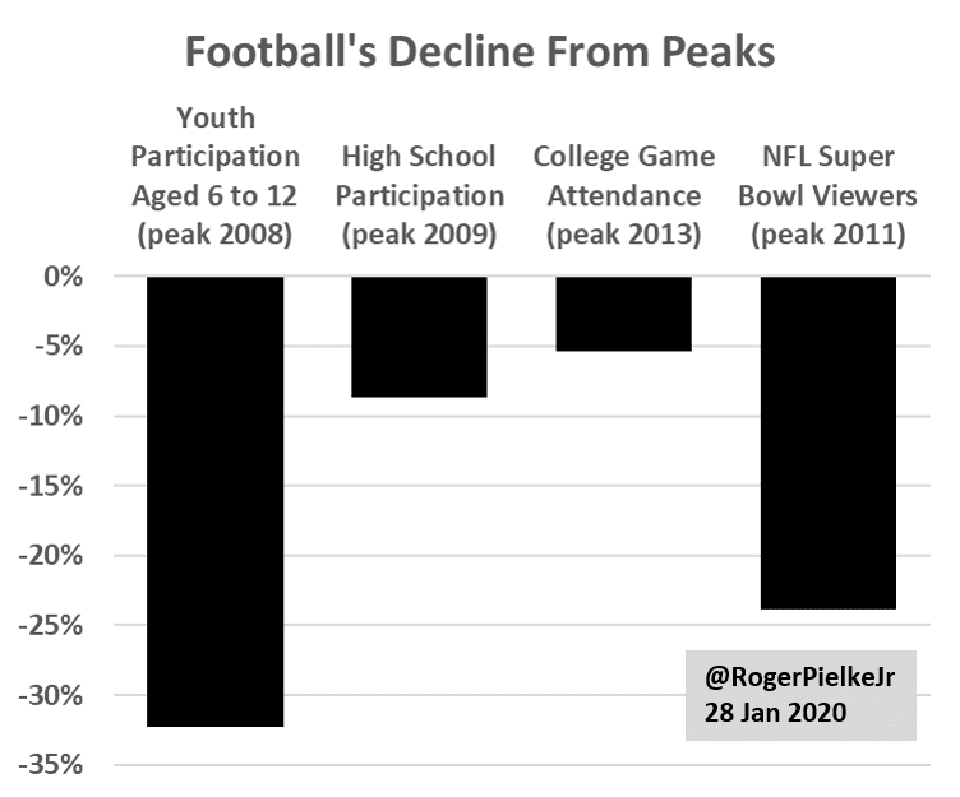 An obliquely related topic is the way in which the masses are constantly portrayed in media as having no empathy for victims of violence and that bloodsports were always popular with the masses. This is of course an overly-monolithic portrayal and in many cases is propaganda designed to encourage the proletariat to dehumanize themselves and instill a sort of self-hating proletariat mindset. The portrayals of the crowds at gladiatorial contests or public executions being bloodthirsty while the elites are disgusted (think gladiator, or braveheart) is often the inverse of the what the records show. Tightrope walkers in the mid 19th century were constantly being told “don’t try it” with crowd members looking away while the records show the local elite were jeering and cheering. The Romans hated Pompey for the gladiatorial games he threw where elephants were killed as they all felt sympathy for the elephants. And I think now we are experiencing a similar manifestation wrt football. People are not so willing to let people die for their entertainment as the elite. In fact it is the elite who have always sponsored, endorsed, and attended blood sports. look at the owner’s boxes at football stadiums today or at the price of Superbowl tickets.

And for public executions there are a lot of records of the common people crying at executions.

Just Once I wish my employees would say https://youtu.be/I7Kw8wV3oPo?t=17

Edit: they don’t want employees (A person who works for another in return for financial or other compensation) they want sycophants.

link
fedilink
SpaceCowboytoCommunism@lemmygrad.ml•"I pray that liberation becomes something possible in the minds of all Native people" - The Red Nation
link
fedilink
3•3M

“It’s only free speech if it’s racist” succinct and accurate.

link
fedilink
SpaceCowboytoCommunism@lemmygrad.ml•What video games are you playing? What have you finished recently? What do you plan to play? - Video Game General Discussion Thread #6
link
fedilink
6•3M

I heard elden ring is even harder than ds3 and bloodborne. I really liked hard games like that when I was in college but honestly I like being able to just play a game to relax.

link
fedilink
SpaceCowboytoCommunism@lemmygrad.ml•What video games are you playing? What have you finished recently? What do you plan to play? - Video Game General Discussion Thread #6
link
fedilink
2•3M

Very unpopular take but I got tired of that game. About 2/3 of the way through I just stopped. I think a big part of it was how unlikeable the characters were. I know that there is a redemption ending but like stop listening to your cult leader dude. If they had just gone with slightly more typical story and more noble characters I would have enjoyed it way more. Just my personal opinion.